I3D is a non-governmental organization that achieves its goals thanks to the support of many organizations, including those from Poland.

Together with the Dla Świata (For the World) organization, we provided nutritional support to over 100 families of IDPs from the area of Bogaranga in the north of the Central African Republic.
In Europe, little attention is paid to the phenomenon and the problem of internal refugees, as internal conflicts are very rare in this part of the globe. In CAR, on the other hand, the problem of IDPs is often underestimated or overlooked. Internal refugees move only a few or several dozen kilometers from their place of residence, but their homes are usually plundered, burned or taken over by rebel armed groups. IDPs often stay with their families, creating multi-generation homes and generating the phenomenon of impoverishment of the local society. They often ran away in a hurry, with only their documents and the most important everyday items. IDPs stay in one place for up to several months. Camps are not built for them and they are often not included in the statistics of refugees in the CAR, although their economic situation is very difficult. What is worse, a stay of whole families with relatives or friends, lasting several weeks or several months, impoverishes all families.

That is why I3D conducts projects for internal refugees with the Dla Świata (For the World) organization. Basic food products and food preparation utensils are distributed to them. As part of the fight against hunger, excess food is often sold by these families, generating little profit.

Below the article you can see photos from the project carried out in Bogaranga. 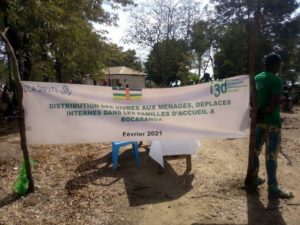 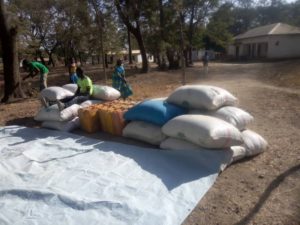 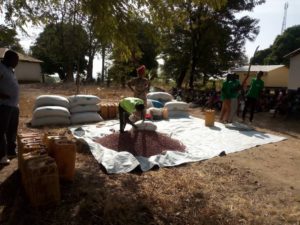